In response to a chatter between Japanese developers on Twitter about how asm.js would perform on web browsers other than Firefox, @y_imaya has written a benchmark between zlib.js that he develops and maintains vs. zlib-asm written by @ukyo by inflating (e.g. decompressing) Canterbury Corpus (a well-known set of files used for benchmarking compressor/decompressors).

His blog post can be found here but I could not hesitate to take my own benchmark on mobile devices since I use zlib.js at work, and may want to switch to zlib-asm if it runs faster than that.

So here are the numbers (his benchmark is ready to run here). The numbers on the charts show the milliseconds that took for decompressing the whole corpus. 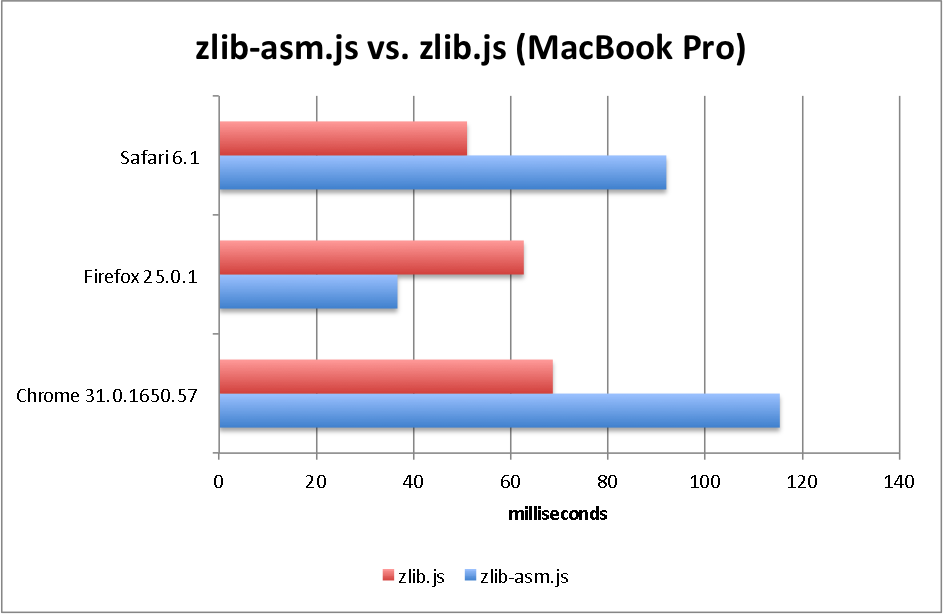 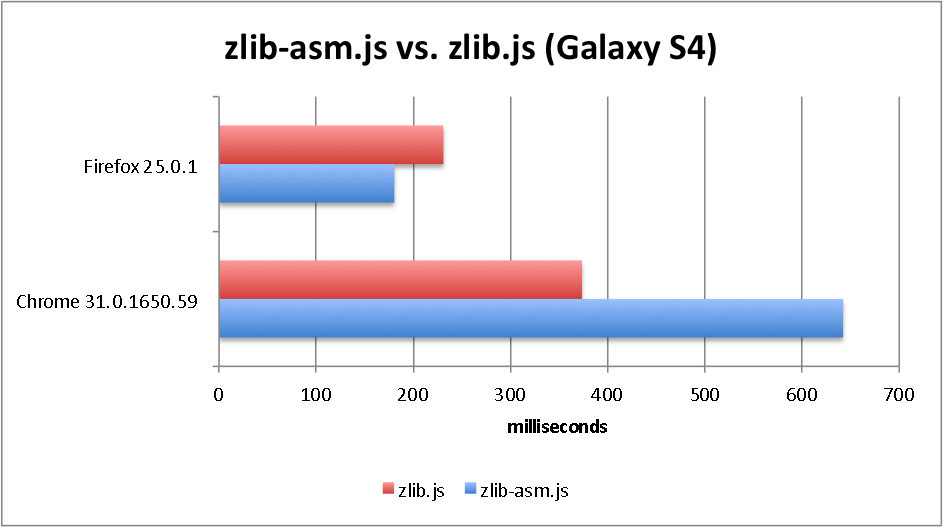 First of all, asm.js running on Firefox is clearly the performance winner among all, showing the technical advantage of the approach. On the other hand, the asm.js-version is roughly 2x slower on other web browsers compared to the hand-written JavaScript variant. So for the time being, it seems that using a well-written JavaScript library would be preferable on browsers other than Firefox.

Anyways qudos to @y_imaya and @ukyo for their great work. I hope to see more benchmarks based on code that is actually used, so that we could understand more about the benefits of asm.js.

EDIT: It would be great if someone could add a benchmark of PNaCl running on Chrome as well.
投稿者 Kazuho Oku 時刻: 11:01 PM